Last Thursday, ZetaSafe enjoyed the benefits of being part of the Silverstone Park community with a BBQ and networking event against the backdrop of the legendary race track and FI Grand Prix Car testing.

‘Some 300 staff from businesses based at Silverstone Park turned out for the estate’s annual barbeque for occupier businesses. 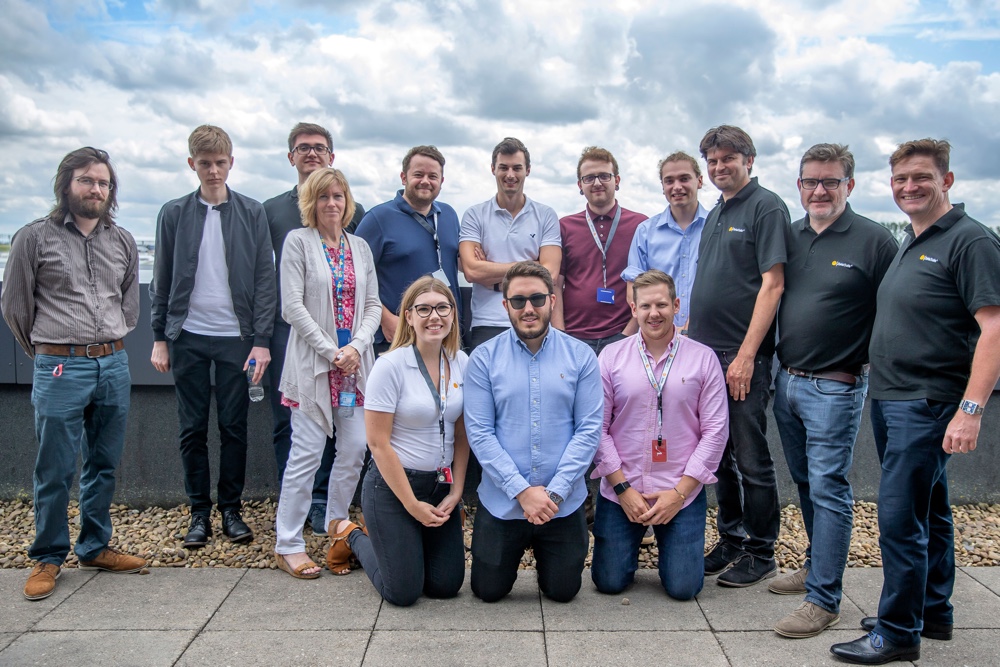 Silverstone Park developer MEPC has treated businesses based on site to the BBQ each year since it took over management of the estate in late 2013.

Attendance at this year’s event – held on Silverstone UTC’s terrace overlooking the Silverstone Grand Prix circuit – was the biggest on record.

It is estimated over 1,200 burgers, sausages (including vegetarian options), popcorn and ice cream desserts plus soft drinks were consumed to the sound of live music.

The BBQ is part of the calendar of popular social activities that MEPC arranges for occupiers to promote informal gatherings and a sense of community amongst businesses.

Silverstone Park Marketing & Occupier Liaison Officer Ruth Williams said: “Thank you to all our occupiers for making this year’s BBQ such a huge success and also Silverstone UTC for hosting us once more – the atmosphere was lovely.

“Our events, with input from occupiers, are designed to bring people together and over the years these have led to total strangers striking up friendships – and businesses small and large exchanging business cards, ideas and opportunities.

“We very much look forward to events with our occupiers and their staff in the coming months.” ‘