Well done to everyone who participated in the ZetaSafe sponsored Silverstone UTC “Invention Marathon” (aka Tech fest or Hackathon), which will took place at Silverstone University Technical College (UTC),  on Saturday 2nd December 2017. 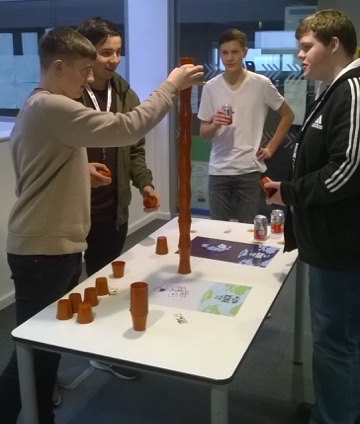 Don’t fret, it’s definitely WAS NOT anything illegal or sinister and didn’t involve breaking into any organisation’s or individual’s computer systems!

A Hackathon can be described as an “invention marathon” or a “tech fest”. In the computing world, “to hack” is to conceive, design and build, in a short defined time, a mock-up of a new idea, using new technology. Think of it as a playground for inventors, tinkerers and coders where people create and innovate. 2nd December 2017 was Major League Hacking (“MLH”) Local Hack day and Silverstone UTC had signed up to take part.

Silverstone UTC MLH Local Hack Day was a 12 hour hack day open to Silverstone UTC pupils. Organised by Year 13 Computer Science pupils it was a fun introduction to the world of Hackathons for organisers and participants alike.

Whilst it was organised by UTC students, it had the full backing of the UTC and there were at least two UTC teachers on hand throughout the day.

HOW DID IT GO? 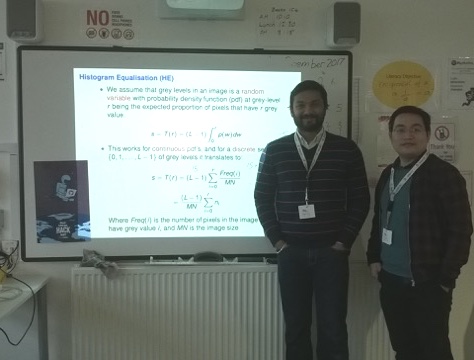 Paul Collins who helped to organise the event said, “All went very well and the students enjoyed themselves with a good mix of fun breakout competitions with prizes, pizza and some education!

There was representation from Buckingham University who gave a presentation on coding for Face Recognition and brought some tech along for the students to try. The interactive AR (augmented reality) headsets were a great success! Thanks again to ZetaSafe for sponsoring the event.”

Andy Dobbins, MD, ZetaSafe comments, “We were delighted to sponsor the Silverstone UTC “Invention Marathon”. We all know that in our industry, we need to nurture and stimulate talent and this feels like a good community event, supporting our most local college. Well done to everyone who participated.”